You are here: Home / Grab Bag / The Shadow of the Raven
494
SHARES
FacebookTwitterSubscribe Duffy Hudson will be the talent bringing Poe to life in his one man show called The Shadow of the Raven show. He is an accomplished actor, director, and writer in New York. Hudson has directed over 300 theatrical pieces, including, workshop productions with Brooke Shields, the The Three Sisters with Jessica Lange, Don Johnson and Tatum O’Neal, Who’s Afraid Of Virginia Woolf with Marlo Thomas. Hudson developed this one man show from his deep love of Poe that his father nurtured in him as a child.

I admit that I may be biased because I am on the board of Friends of the Library but… I think these are going to be some phenomenal shows! I am trying to figure out which showing my family is going to be attending. The shows should be about an hour and will be in the various branch libraries, except for the Clovis show. The Clovis performance will be at Clovis Centennial Plaza. At that performance alone there will also be some snacks for sale along with face painting to help raise funds for the new Clovis branch. That performance will be an outdoor event so bring a lawn chair!

Saturday, October 24th at 11am at Sanger Library

Which performance will you be at? You can get more details over on Friends of the Library’s Facebook Page! 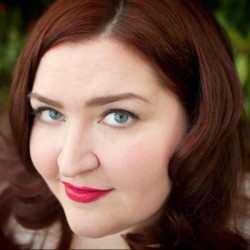 Talk with me
Jacqueline Cromwell
I am just a nerdy mom who has many weird diverse interests! I stay busy homeschooling my 4 kids, writing at NerdFamily.com and on social media! My life philosophy is that I feel that anyone can do anything they want to learn to do.