We’ve got your next family outing or date night planned for you! Going to see a movie in Edward’s NEW 4DX theater is an absolute must for all ages! Think of Disney California Adventure Park’s Soarin’ over California ride — where you’re actually soaring, smelling, feeling, experiencing the wind, water, flowers, movements, and effects that are before your eyes. The 4DX theater is the best way to experience a movie; it’s truly an experience and makes any film 10 times better. It kind of puts 3D movies to shame because it’s so next level and awesome.

We recently saw Lion King in the new theater and it brought every detail to life. As a spectator in our seat, we felt like we were one with the wild animals, especially as the elephants were running in a herd and our seats were quaking in sync to the trampling. Even before the movie started, we were even entertained by the previews, including the infamous pre-movie rollercoaster clip, which caused us to look at each other with amazement and smile like we were six years old.

Watching a movie and being able to literally see and feel what the characters in the movies see and feel is seriously epic. Do yourself, your kiddos, your friends, or your next Tinder date a favor, and get tickets to go see a movie in 4DX. Something like Lion King that involves a lot of happiness and nature scenes would be our recommendation. An action film would be pretty awesome with these kinds of effects, too! A scary movie, on the other hand, well, you can see that at your own risk, if you dare.

Oh, and in case you’re thinking, “I don’t want to get rained on and wet, while I’m watching a movie,” (because when it was raining in the movie, we got misted on!) you have the option to opt-out of the water effect by pressing a button on the side of your seat.

The 4DX  movie experience has been considered to be the biggest innovation in cinematic technology, so get excited about it, in case you aren’t already! In fact, Regal Edwards in Fresno is one of the first to offer 4DX, although more will be coming soon throughout California. We can’t wait to go see (and feel and experience) another movie in 4DX and bet you can’t either! 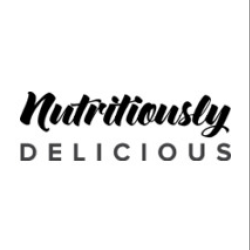 Gianna Dinuzzo
Gianna Dinuzzo is a multi-passionate, local creative. You may recognize her Nutritiously Delicious homemade granola that she makes and distributes to several local markets, coffee shops, and small businesses. Gianna is a Fresno native and graduated from Fresno State with her degree in Community Health. Since then, she has been working with Ooooby, as well as collaborating with a handful of health and wellness brands. She also hosts Gather & Bliss events, which are small gatherings where all women are invited to come together to connect and experience bliss through different activities, like puppy yoga! Being involved in the community and creating meaningful relationships is a top priority of hers.